Top 10 Questions You Can’t Ask in an Interview

What would you say if you were given advice that could save you millions of dollars and the possible loss of your business?  Well, knowing the right interview questions to ask candidates — and avoiding the ones you should never ask — could save your business and your way of life.

Discrimination suits are a 450 million dollar industry in this country.  Steering clear of discriminatory questions in an interview setting will help save you from falling into the lawsuit trap — and the inside of a courtroom.

The Top 10 Questions You Can’t Ask in an Interview

As limiting as this list may seem to you, the employer, realize that for every one of the questions you can’t ask in an interview, there are a dozen more that you can, and those are the questions that will enable you to make a proper choice of candidates for any position you need to fill.  Steering clear of discrimination lawsuits is not only the fiscally responsible thing to do; it’s the fair and just way to hire.  Base your hiring decisions on a candidate’s merits, not on superficial qualities such as religion or disabilities.  A diverse company is one that will keep pace in the 21st century business world. 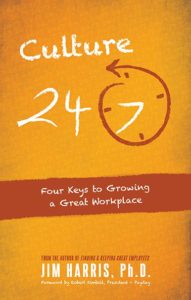